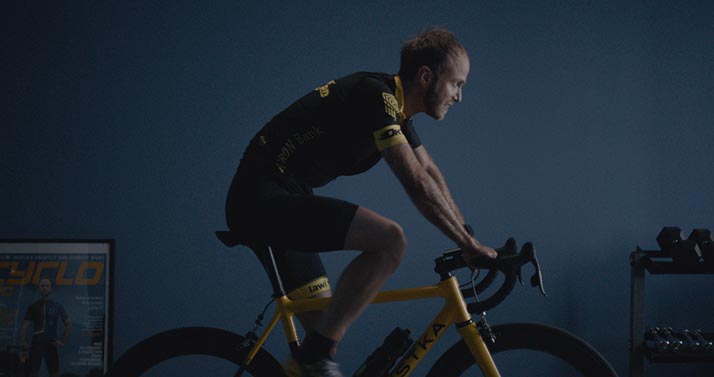 Domestique is an alienating story of two individuals who destroy themselves. Roman, a just average racing cyclist needed only as a backup, is incapable of improving by traditional means. Consumed by his obsession to become a better athlete, he installs an oxygen tent in his bedroom. For his wife, obsessed by her desire to have a child, the tent symbolises their isolation. Sedlak’s film coldly observes these emaciating bodies with fascination and this couple who exhaust themselves trying to realise their lonely dreams. A debut feature that recounts a marital drama permeated with moments of pure horror.

Version: in Czech subtitled in Eng. and Fr.