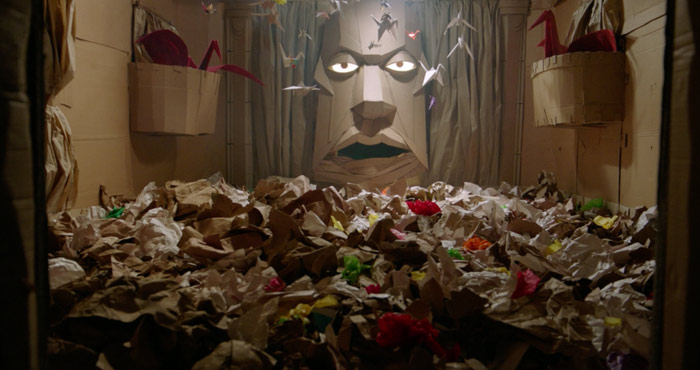 DAVE MADE A MAZE

Dave makes a cardboard house on his living room floor, but when he crawls in, it transforms into a volatile, fathomless labyrinth. His friends try to bring him out, but he’s reluctant to leave, in spite of the booby traps and enraged Minotaur inside. Dave has become attached to his deadly creation. An eclectic mix of a Goonies adventure, an Alice in Wonderland tale, and horror and death. Maze is about the chaos of artistic creation – its sacrifices and the artist’s relation to his work. A film of vertiginous visual artistry, it’s also an unexpected cinematic experience that catches you off guard. For once a film truly deserves to be called unclassifiable.