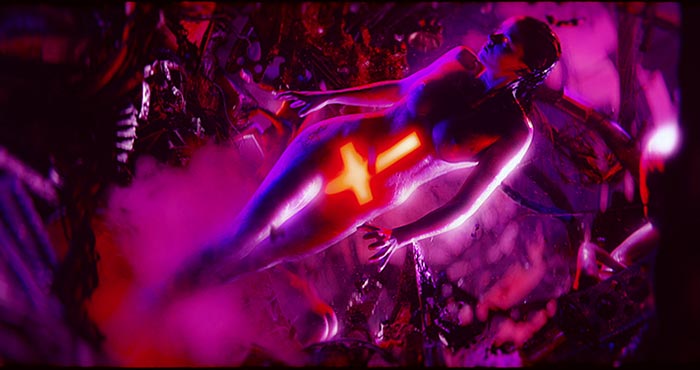 In outer space, Vascan and Lago are tracking vessels whose AI has malfunctioned. They kill Mima on the planet Apus 7 but a young woman emerges from the smoking remains. A chase across the universe then ensues in order to establish the nature of this new ghostly entity.

Known for his penchant for occult images and 1980s B movies, Carpenter Brut, a stalwart of French synthwave, joined forces in 2016 with the Seth Ickerman duo for the Turbo Killer clip. Between fast-paced action and fluorescent sensuality, Blood Machines transports its audience with decidedly demonic energy.