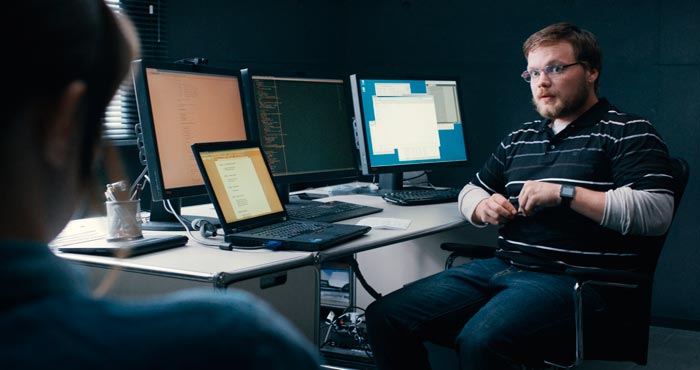 A YOUNG MAN WITH HIGH POTENTIAL

Piet is a brilliant computer-science student. Shy and socially inept, he rarely leaves home. His monotonous routine is interrupted by Klara, who wants to join him in a research project. Even though he’s perturbed by her presence, he begins to open up to her, but unused to women, he misinterprets her friendly gestures.

Linus de Paoli’s second feature, with its clinical aesthetics, is disturbing. This psychological thriller explores sexual frustration and human solitude in the age of the Internet, but not without doses of black humour. The resulting feeling of unease is reminiscent of the films of Haneke.